La Capitale in the TOP 10 for its 75th anniversary

Quebec, April 30, 2015 - La Capitale Financial Group, which is celebrating its 75th anniversary this year, is proud to announce that its now ranks among the 10 largest life and health insurers in Canada. With a consolidated gross written premium volume close to $1 billion as at December 31, 2014, it has jumped from the 12th spot ranking it held last year to 10th spot.

Continuous efforts
Steven Ross, President and Chief Operating Officer of the La Capitale Life and Health Insurance and Financial Services sector, attributes this growth to the continuous efforts carried over the past several years aimed at enabling this sector to set itself apart from the competition through the excellence of its customer service, the diversification of its product and service offering and the expansion of its distribution channels. “More than ever, our clients see La Capitale as the ally they need for financial security,” declared Mr. Ross.

Strongest growth
La Capitale has had the strongest growth among all Life insurers over the past six years. As at December 31, 2014, gross premium income in this sector increased by 9.7% over 2013. La Capitale is also ranked 7th among life and health insurers in Quebec.“The attention we pay to all of our clients, and the close ties we maintain with our business partners, have allowed us to consolidate our excellent positioning in a highly competitive and mature life and health insurance and financial services market,” said Mr. Ross.

La Capitale in the TOP 10 for its 75th anniversary 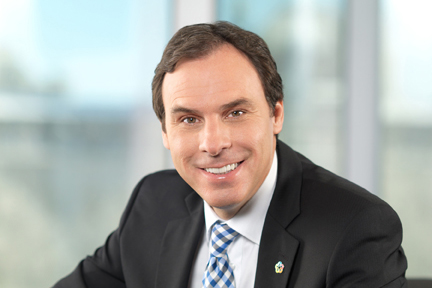