Quebec, April 18 2016 – La Capitale Insurance and Financial Group presented the 2016 Public Service Personality award to four individuals who distinguished themselves by helping improve the quality of life of their fellow citizens or co-workers.

During its 75th anniversary celebrations, La Capitale made a point of paying tribute to those who share its values and make a difference in the community. A major contest was held to find these rare individuals in the four main public administration groups: ministries, public agencies or crown corporations, the public education sector, the health and social services network organization and the municipal sector.

In the ministries, public and parapublic agencies, crown corporations category, La Capitale's Public Service Personality award goes to Vincent Lafrance-Simard, a highway patrol officer with Transports Québec. Mr. Lafrance-Simard was honoured for his exceptional empathy and commitment to assisting road users in difficulty and for his contribution to improving the psychological support made available to his co-workers.

For the public education sector, La Capitale's Public Service Personality award goes to Pierre Poulin, a teacher at the Wilfrid-Bastien school, in Montreal's Pointe-de-l’Île school board. Mr. Poulin, who developed the iClass concept, was honoured for his spirit of innovation and his contribution to the educational success of our young people.

In the health and social services sector, La Capitale's Public Service Personality award goes to Anne Choquette, a psychologist in the Adolescent Assessment and Treatment Program at the Institut Philippe-Pinel de Montréal. Ms. Choquette was honoured for her steadfast commitment to adolescents and for her team leadership.

In the municipal sector, La Capitale's Public Service Personality award goes to Gabriel Lefebvre, a fire fighter and first responder for the towns of Laprairie, Saint-Philippe and Saint-Mathieu. Mr. Lefebvre was honoured for his dedication to protecting the lives of fellow citizens and for his community volunteer work.

The award winners were honoured at La Capitale Civil Service Mutual's Annual General Assembly held in Quebec City on April 4, 2016. They each received a cheque for $2,500, as well as a trophy and a certificate highlighting their achievement.

La Capitale Financial Group, created in 1940, has a strong presence across Quebec and throughout Canada. With over 2,690 employees and guided by the values of mutualism on which it was founded, La Capitale works with clients to build, protect and value what they feel counts for their financial security. It offers insurance products and financial services to the general public, as well as to Quebec public service employees.  With assets of $5.8 billion, La Capitale occupies a choice position among leading insurers in Canada. 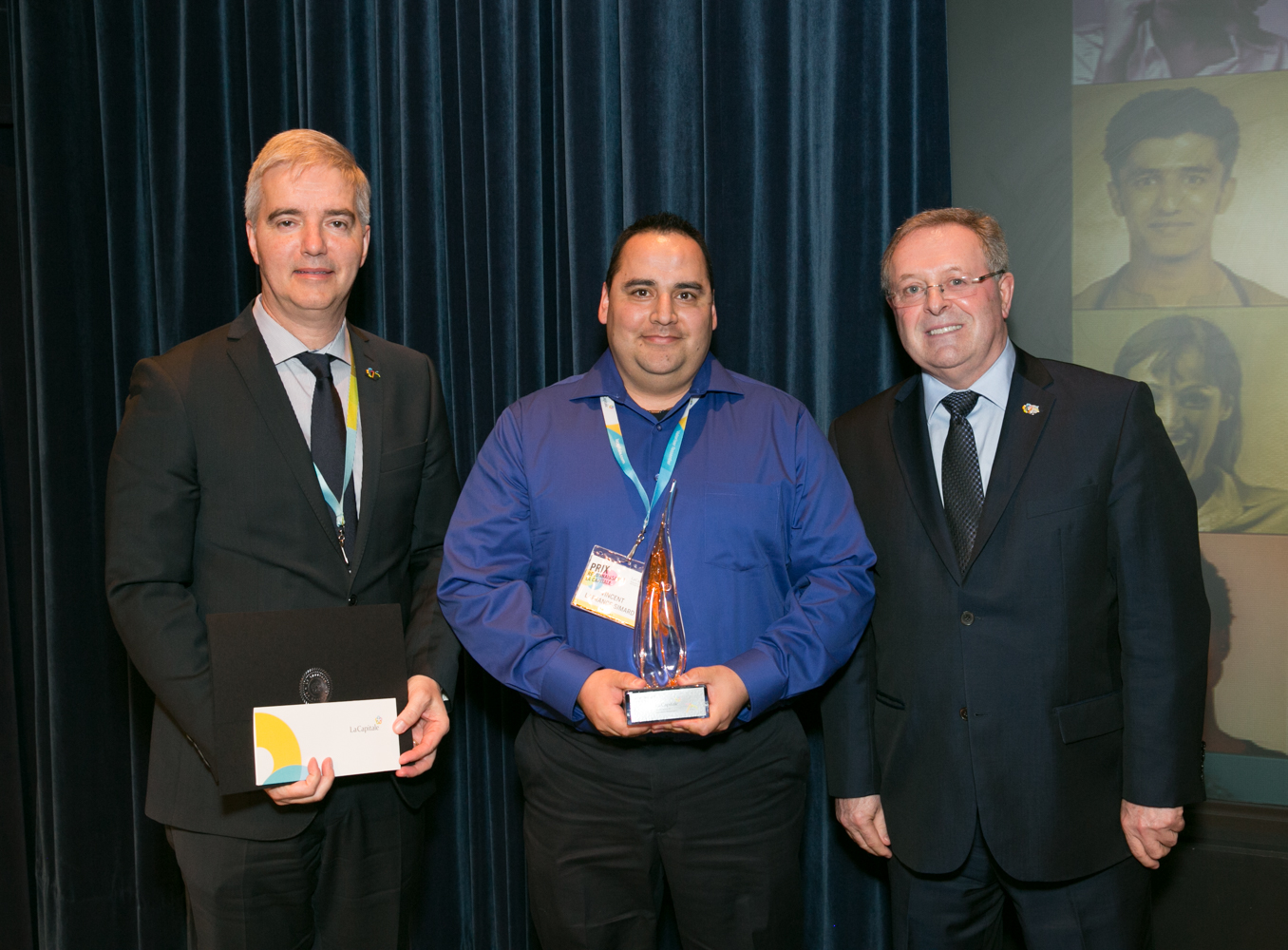